All Light is Sacred 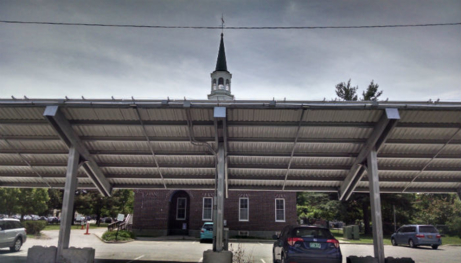 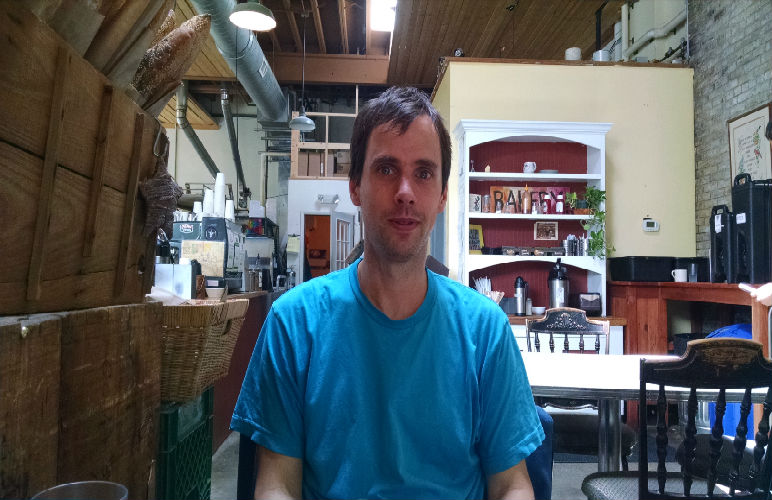 Initially, one challenge was where to site the proposed solar panels—the chapel roof was not suitable for solar, and the church wanted to preserve the revenue that it collected from the parking spaces in the back of the Church. Byam’s wife, Anya Byam, suggested a carport to keep the parking spaces while providing a platform for the solar panels.

Byam liked the idea but needed to understand how exactly to implement it.

“A key part was the research... I would call [solar]installers all over the state, and they were incredibly generous with their time.” According to Byam, the Vermont solar community was incredibly helpful, giving advice even when the developer knew that they could not get to Burlington to work on the array.

However, that ‘long shot’ has since become a reality. Though the goal for the project was originally to get 90 percent of the church’s electricity from solar, the church is actually a net-positive electricity producer—generating more electricity than the church needs!

“ We’re putting more energy on the grid than we’re taking off,” Byam reports proudly. Where previously, the church was paying about $5,000 a year in electricity bills,  the church now receives a negative statement from Burlington Electric Department (BED)  and has every year since the carport went online in winter of 2012.

An important precursor to the solar installation was an energy audit performed by BED .  It identified inefficient lighting and air circulation fans in the church that were using a disproportionate amount of energy. By addressing these wastes, the church was then able to reduce its electricity consumption by about a third.

Another crucial factor assisting the church to implement its solar carport was financial.  The church applied for funding from the American Recovery and Reinvestment Act (ARRA), which covered about a third of the $155,608 project.  ARRA funding was a national economic stimulus package enacted by Congress in 2009 to help create jobs and build needed infrastructure in areas most affected by the recession. Much of the rest of the cost was covered by an anonymous donation from within the church.

“Though there was no established process within the congregation for a project of this magnitude,“ Byam explained “ …people stepped up… it amazes me how once something gets rolling, how helpful people are.”

Getting the Board on Board

The carport was approved by the Church’s Board, president and congregation in record time—taking only a year to complete from its inception to its operational phase. The outgoing church president and the new president of the Board each made the solar project a priority, and the congregation got behind the project and provided support. “That was huge.” Byam says.

Things went smoothly with the city approval process, and Baja Construction, a construction company with large operations in the Western US, built the carport structure.  A Vermont company, Solar Engineering (now known as Vermont Solar), built the solar array. The church used a website called solarscorecard.com to choose solar panels from a company ranked highly for social and environmental responsibility: Solarworld.

Still shining, the carport can be found behind the church that give’s Burlington’s iconic Church Street its name. Behind a beautiful chapel, stands a beautiful emblem of community and environmental values.