Get Active With the South Burlington Bike Path 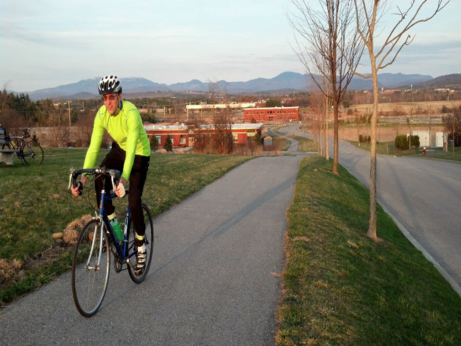 • comfortable and safe for bikers

The people of South Burlington want connectivity. By filling the bike path gaps, people can connect with their community while simultaneously helping our environment. Dana Farr, the South Burlington Bike and Pedestrian Committee Chairperson, has been working to encourage pedestrian and cyclist transportation within the greater Burlington community. Her committee has recently been trying to connect bike path gaps to make the path safer and more accessible for pedestrians and cyclists.

The South Burlington bike path is the largest pedestrian bike network in the state of Vermont but, according to Dana, is still inadequate. Bike paths end with no clear way of connecting to a nearby path. Newer neighborhoods are built to include ways for people to ride their bikes, while older neighborhoods might not have the same facilities. Bike paths may suddenly end at a town line. These are issues that the South Burlington Bike and Pedestrian Committee is working to correct.

With the largely growing South Burlington community, new neighborhoods are emerging. One thing is certain: people want connectivity. Dana knows better than anyone that filling the bike path gaps between neighborhoods not only encourages pedestrian and cyclist transportation, but allows people to get out and connect with the community and businesses within it. The South Burlington path not only connects South Burlington residents, but also connects with Shelburne and Burlington biking facilities.

Pass Up the Car for a Green Alternative

The environmental aspect of biking is important to Dana: “It’s a green activity as far as hobbies go, and once people feel comfortable as a hobby, people use it to commute.” Bikes use no fuel, do not require toxic batteries or motor oil, and take much less energy to manufacture than cars. According to Dana, “It’s easier to start on bike paths then move to roads” when starting to use biking as a means of transport, which makes bike paths the gateway to biking on larger roads.

Take advantage of the South Burlington bike path and choose walking or cycling to school, work, etc! Not only can you save money on gas– you can save our environment and put the bike path to good use.