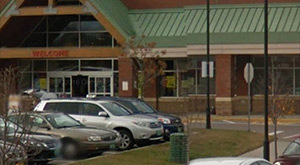 “These charging stations will provide electric vehicle owners with a convenient, new option for charging their cars while they shop or visit the area,” said Andrew Goldberg, Hannaford Energy Project Manager. “Hannaford is proud to partner with Burlington Electric in this project, as part of our commitment to sustainability and to working with others in strengthening the communities we serve.”

The community survey led Burlington Electric to site the two new charging stations at Hannaford in the New North End’s Ethan Allen Shopping Center. Forty-five percent of survey respondents voted for locating the charging stations in the Ethan Allen Shopping Center. The next top vote-getter was the Pease Parking Lot (Waterfront) with 15 percent. The survey offered the following other locations as well: Church and Main; Marketplace Garage; College Street Garage; and other. Burlington Electric will manage and fund the charging stations. Installation of the stations will begin next week, and they will be activated in early to mid-December. The new Level 2 stations will charge vehicles in an average of under four hours.

“BED is working hard on many fronts to build on its remarkable milestone of sourcing 100 percent of Burlington’s power from renewable generation, and to move us closer to becoming a net zero energy city,” said Mayor Miro Weinberger. “Driving electric is an important part of this environmental strategy, and the two new EV charging stations represent an important expansion of our ability to serve this growing market.”

“Today’s announcement serves as another example of Burlington Electric’s ongoing commitment to lead through energy innovation to make Burlington stronger,” stated Neale Lunderville, Burlington Electric General Manager. “With a majority of Burlington’s carbon emissions coming from the transportation sector, the deployment of EV charging infrastructure, along with increased biking and walking, and the use of public transit, is an important step toward achieving BED’s vision to build a sustainable energy future that reduces these emissions and supports a growing economy and a thriving community.”

In its Comprehensive Energy Plan, Vermont has pledged that 10 percent of all on-road vehicles will be fueled by renewable sources by 2025. Forty-seven percent of Vermont’s greenhouse gases comes from its transportation sector, according to the plan. Vermont is one of eight states to have signed a zero emissions vehicle (ZEV) memorandum of understanding (MOU) to coordinate actions to ensure that more ZEVs are on the road. Since signing the MOU in October 2013 and taking action to reach its goals, Vermont has seen a significant increase in the number of EVs in the state, from 88 in June 2014 to 988 in June 2015 to nearly 1,400 in October 2016, according to Drive Electric Vermont.

Installation of these EV charging stations will not be the first time Burlington Electric has worked with Hannaford in the New North End. This past summer, Burlington Electric, the Burlington community’s energy efficiency utility, engaged in an energy efficiency project that included replacement of all lighting fixtures with LED technology and installation of an automated lighting control system that includes scheduling, occupancy sensing, and day-light harvesting capabilities. Based on these efficiency upgrades, the Hannaford store is estimated to save enough electricity each year equivalent to the electricity needs of 70 average Burlington homes.

Burlington Electric Department has been serving its customers with safe and reliable power since 1905. Burlington Electric is a recognized national leader in green energy with the recent milestone achievement of sourcing 100% of its power from renewable generation. With a focus on low and stable rates, and a commitment to energy efficiency, Burlington Electric’s 20,000 customers use less power today than they did in 1989.